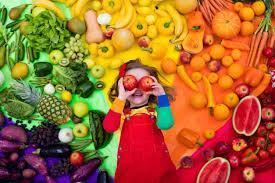 The food we choose to eat is usually the single most important determinant of our health and longevity.  Modern medical studies show again and again that a vegetarian diet is the best way to reduce our risk of many of the common diseases currently plaguing our society, such as heart disease, cancer and diabetes.

But a vegetarian diet is not just a solution to a lot of our health problems.  According to the United Nations Food and Agriculture Organization, livestock and meat production contribute more to global warming than all the cars, buses, trains, planes and ships put together.  Livestock rearing is also the main cause of rainforest destruction, and runoff from this industry is the cause of much of the water pollution the world over.

Most of today’s meat comes from factory farms, a perversion of traditional farming.  These farms are designed to produce meat efficiently and cheaply.  These methods have resulted in extremely harsh and sometimes appalling conditions for the animals.  Sadly very few people stock to think of the suffering the animal had to endure in order to provide them with a meal.

The problem of global hunger is staggering in both its scope and consequences.  Using staple crops to feed farm animals is extremely wasteful.  Most of the nutrition, in some cases as much as 90%, is lost by the time it gets to us in the form of meat.  The largest food reserve in the world is the food we waste by feeding it to animals.  If the land used to grow animal feed was instead used to grow crops for the world’s hungry, there could be enough for all.

Many people think that humans are omnivores, but nothing could be further from the truth.  Humans are natural herbivores.  According to Dr William Clifford Roberts, editor in chief of the American Journal of Cardiology, “Although we think we are and we act as if we are, human beings are not natural carnivores.  Flesh was never intended for human beings, who are natural herbivores”.

We can only eat animals via the use of tools and technology.  We can go against our nature for a period of time, but sooner or later an unnatural diet will catch up with us, and when it does, disease is the result.

Perhaps you think following a vegetarian diet is complicated.  Maybe you think you wouldn’t get enough protein.  In fact, protein deficiency is virtually unknown in the developed world, and many modern diseases are caused by an excess, rather than a lack, of protein in the diet.

You might be concerned about the cost of a vegetarian diet – the health care costs directly attributable to meat consumption are staggering.

Sustainability is a key concept for today’s world, and a vegetarian diet helps reduce both air and water pollution and helps to save rain forests.  The production of vegetarian food is a far more efficient process than raising cattle and sheep, and can make more food available to the feed the world’s many hungry millions.

Please just take a moment before you order your next steak, chicken or fish meal – and give some thought to your health, a very precious and the creature you might be about to devour – it has a right to live too.

Want to join the discussion?
Feel free to contribute!

Coping with Uncertainty
Scroll to top

This site uses cookies. By continuing to browse the site, you are agreeing to our use of cookies.

We may request cookies to be set on your device. We use cookies to let us know when you visit our websites, how you interact with us, to enrich your user experience, and to customize your relationship with our website.

Click on the different category headings to find out more. You can also change some of your preferences. Note that blocking some types of cookies may impact your experience on our websites and the services we are able to offer.

These cookies are strictly necessary to provide you with services available through our website and to use some of its features.

Because these cookies are strictly necessary to deliver the website, you cannot refuse them without impacting how our site functions. You can block or delete them by changing your browser settings and force blocking all cookies on this website.

We also use different external services like Google Webfonts, Google Maps and external Video providers. Since these providers may collect personal data like your IP address we allow you to block them here. Please be aware that this might heavily reduce the functionality and appearance of our site. Changes will take effect once you reload the page.